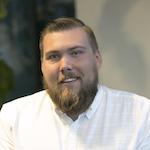 Updated 1 year ago by Andrew White

Here are your winners for the Spoke 2018 Product awards.....

Shortly on the heels of our public launch, we released Slack notifications, realizing that people who live in Slack, want to stay in Slack. Staying up-to-date on new requests and replies is great, but our customers told us that employees really just wanted to do more in Slack.

This year, we’re kicking things into high gear with the ability to reply in Slack! We also plan to double down on a few more Slack actions to make it dead-simple to use Spoke as your help desk and knowledge base in Slack.

2. Most Potential to be Awesome

As our customers grew, so did the need to scale up how we measured and reported ROI. Today, our customer success team helps larger customers build analytics dashboards, which has in turn helped our customers advocate for change in their companies. That change comes in the form of new self-serve resources, new internal processes, and sometimes new headcount! This year, we plan to make dashboard metrics available to more customers.

For those who prefer to dig into the data personally, we also shipped the ability to download request data via CSV. Go nuts!

3. Most Likely To Win Friends and Influence People

When Slack released their app actions, we figured it’d be a good safety net. What do I mean? Well, old habits die hard, and we figured that even with a great product, people would still ask questions in Slack that should really go to Spoke. We released the first Slack action in August, to help teams go the extra mile in consolidating, tracking and resolving all the requests they get. If you haven’t tried this one out yet, give it a shot! With this being one of the hottest features, we’ll be bringing more actions to Slack, including:

4. Most Understated Yet Powerful

Platforms like Zapier have made it really easy for teams to plug different systems together. We partnered with Zapier in August with triggers and actions based on new resources and requests. It’s been impressive to see all the ways people have connected Spoke. For example, one of our customers has connected Google Calendar to Spoke, to automatically create a request in Spoke when a certain type of invite is created.

This year we’re adding new Zapier triggers and actions, and we’re also releasing a REST API so you can really go to town.

5. Spoke team favorite of the year

One of the biggest investments we made this year was building out Request Types and Forms. The first clear benefit is the ability to have forms in Spoke.We send forms intelligently, and make it super easy to collect additional information and cut down all the back-and-forth.

Additionally, Request types can be used as your Spoke service catalog and to track and triage requests based on their category. But what gets us really excited is that this will be the foundation for where we’ll go next. Speaking of which…

When we first launched in March, most of our customers used Spoke within only one team. Today, over 80% of customers have 2+ teams, and 25% use Spoke with 5+ teams!

Understandably, we get a lot of requests for features to make it easier to work across teams. From onboarding requests that should spawn other requests, to obtaining approvals from Finance, Legal, or managers, we’re excited to start with designing better and simpler Approval flows.

Runner up: Personalized KB by audience. Hang on to your hats: this year, Spoke will be able to give different responses to the same question, all based on who’s asking.

How did we do?